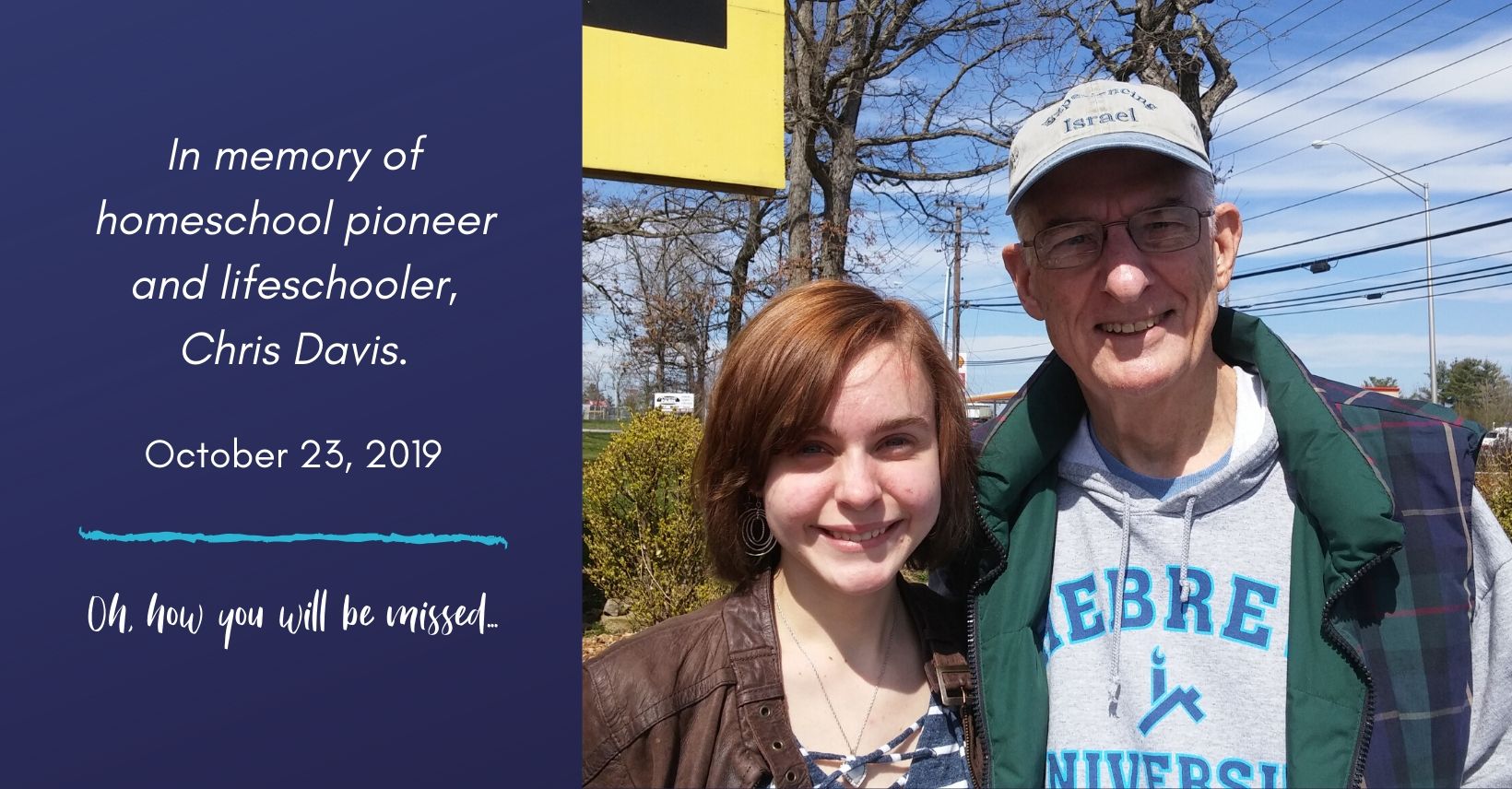 A great man of God has gone home to be with Jesus.

Chris Davis, homeschool pioneer, author, and speaker passed into eternity on the morning of October 23rd, 2019. 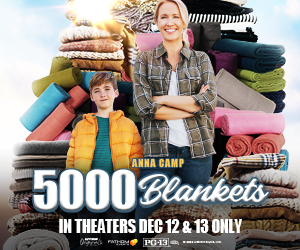 You might wonder at my title, Honoring a Fallen Hero. It sounds like I’m honoring a fallen soldier. Well, in a sense, I am. Before homeschooling was recognized by the state as legal (we have always had the God-given right to keep our children at home), Chris was fighting the necessary battles and rallying parents to bring their children home.

My wording here is very intentional.

For Chris, it was never about education, really. It was about building relationships and being with his sons. It was about a revival in homes and hearts.  Tweet This!

Several years ago, he shared the story with me around a campfire at a conference we both attended (more on that later), and it really moved me. I would share it here, but at the risk of messing up details (I’ve been known to do that with stories), I will refrain. 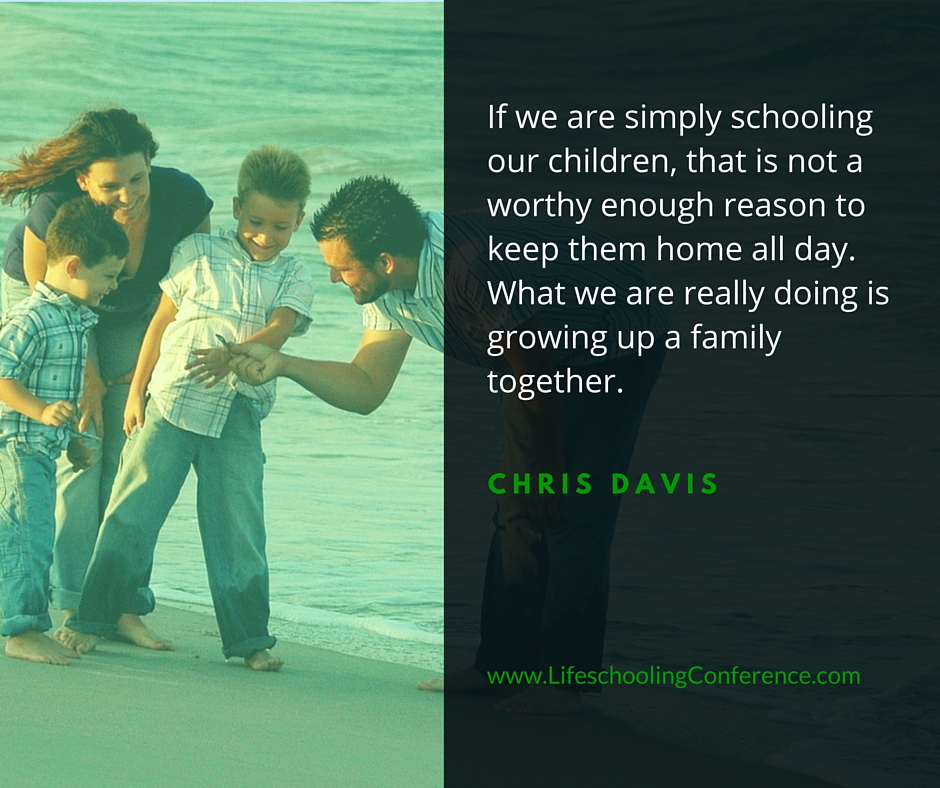 Many years ago, as God was stirring the idea of lifeschooling within me, I “stumbled” (Divine Appointment #1) across Chris Davis’ blog and read a blog post titled, “What Would You Call It?” (Sadly, it is no longer online).

I was so thrilled to read in words what had been percolating in my heart! I remember excitedly sharing it with my husband and saying,

I talked about it for days.

Somehow, I knew I had found something important that God had led me to for a reason.

Years later, I became involved in Rhea Perry’s group, Educating for Success, and started attending her conferences. The second one I attended was at a state park where she invited several homeschool pioneers to come and speak. Divine Appointment #2: My Homeschool Hero whose writing and work I so admired was there! For me, it was like meeting a celebrity.

Elleina​ was only around 9 or 10 at the time and in the process of writing her novel, No Return. She had a rough draft with her and Chris took such an interest in it, reading it and giving her encouragement. I was so impressed that weekend in the way he carried on conversations… always interested in what we had to say and asking thoughtful questions.

He didn’t talk down to Elleina or treat her like a kid, and I know she appreciated that so much.

During his session at the end of that weekend, he brought Elleina upfront with him and talked about how much he enjoyed reading her book and how valuable her lifeschooling education is. 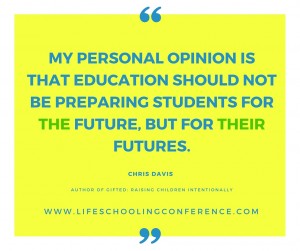 He had encouraged us to come to Israel that summer with his group, but I was pregnant at the time. I lost the baby the very next week, and I’ve always regretted not going on that trip. Somehow, I knew I would. I think it was the last one he made and it would have been a special experience and perhaps healing, as well.

Elleina published her book a few years later and dedicated it to her friend, Chris Davis. He wanted to come to her book launch party to “celebrate one of his favorite people,” but was not able to.

At our first Lifeschooling Conference, we gave out copies of Chris’ book, Gifted: Raising Children Intentionally. 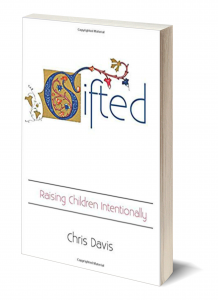 It is so full of wisdom and I wanted to get it into the hands of as many people as possible! I often refer to his last book (I still need to read his others) and it’s one of my top recommended resources for lifeschoolers. I asked Chris to come speak, but he always spent summers in Israel doing his tours, so he was not able. 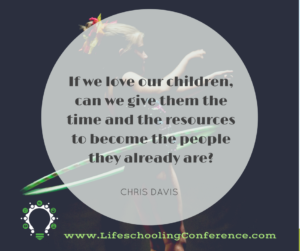 When I first started my podcast, Life as a Lifeschooler, Chris Davis was at the top of my list of guests to interview. He did not disappoint. 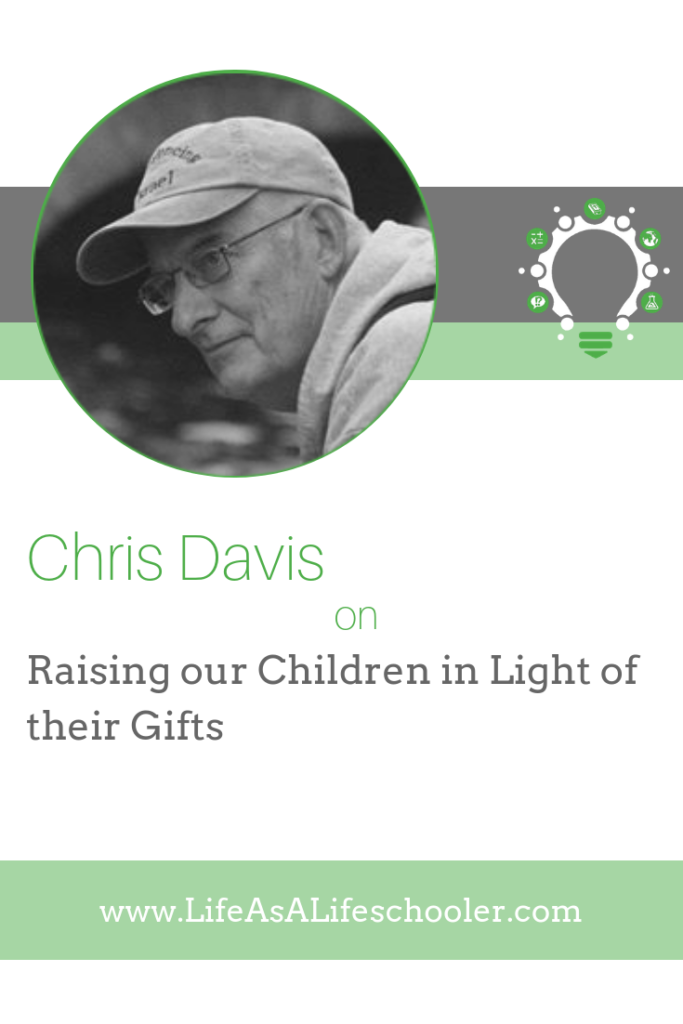 We saw Chris at least one more of Rhea’s conferences and then in 2018, we traveled to Nashville for the Christian Worldview Film Festival where the movie that Elleina was in, Like Arrows, won Best Feature Film. Having passed through Crossville, TN on the way there, I thought it would be fun to stop in and pay our friend a visit, so I contacted him and we arranged to meet up for lunch that Sunday on our way back.

Chris was so interested in the movie and Elleina’s acting and encouraged us to reach out to his son, who is in the industry. It was just another instance of his focus on encouraging and serving others in any way he could. We snapped the photo above during that visit.

I knew he was sick by then. But he still seemed well and we enjoyed our visit.

People can live a very long time with cancer sometimes. My own mother-in-law has fought cancer for about 40 years, so I suppose I didn’t want to believe his was any different. I wanted to believe he would get well.

This past summer, I planned to do my conference online and the first person I thought of was Chris. I reached out and asked if he would be able to do a video.

Your conference is always in the back of my mind and I would love to participate. However, the cancer doesn’t seem to be letting up so I don’t know how I will be feeling later on this year. If I could be some kind of surprise sharer, that would give the leeway to come or not if I am healthy.

What do you think about that? I do have something to share if it comes to that…

I was so excited that my homeschool hero might be able to speak, but in the end, he did not feel he would have time to figure out how to create a video and his travels to Nashville for treatment were becoming more regular. 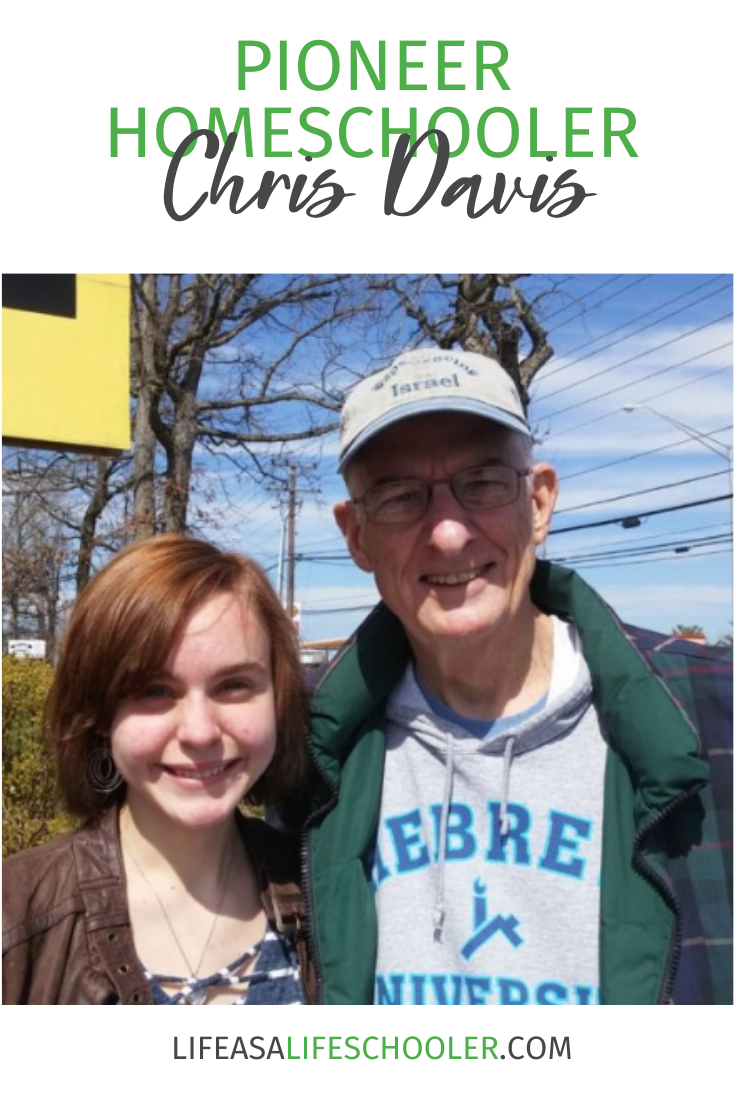 And so once again, I hoped for next time.

I wanted to hear what he had to share.

In August as I was getting ready to head to bed, I read this on his Facebook timeline:

Tomorrow I enter the world of hospice with the help of my son Seth and his wife Kendra. You who are receiving this know how much you mean to me. Please know that between now and the time I leave this earth I will be praying for you.

I’ll see you on the other side.

Finally, it sunk in. Our friend was dying, and his time here on earth with us was coming to an end. But even in that, how touching it was to see how he was still serving others in the only way he could.

I went to bed heartbroken and shared the news with my husband. I cried. And the next morning, I broke the news to Elleina who was equally heartbroken.

I would never get to have him as a speaker at my conference.

I would never get to hear what God laid on his heart to share.

Our Homeschool Hero was finally going home, and that beautiful destination was not so distant.

We never knew Chris, as well as others did, but I think that is one more testament to who he was and how God used him. He impacted lives, even through just simple and brief interactions. He made everyone he spoke to feel as though they were important and loved.   Tweet This!He recognized the gifts in people and treated everyone as valuable. He was Jesus to people and he was one of those people that I want to emulate.  Tweet This!

On Tuesday, we had our weekly prayer time on a video call with my followers and I was led to pray for several with cancer, including Chris. The next morning, Wednesday, October 23rd, he finally got to go to see his savior and leave his pain behind. I felt privileged to pray my hero home.

I have always felt our visions were so similar and for the remainder of my life, I will humbly carry on his torch in my work to “set captives free.” I will encourage every homeschool mom I know to help their children find their gifts and use them for God’s glory rather than be enslaved to the Scope and Sequence. 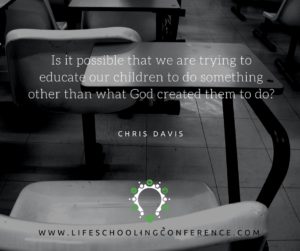 Chris Davis was a great man. And we were greatly blessed to have known him, even as briefly as we did.